Karl Kustoms is proud to be the new title sponsor for the Bristol Dirt Nationals in Bristol, Tennessee! As a new entitlement partner of the inaugural race which took place on March 15th-20th, our status as a leading retailer of GM crate engine and Chevrolet Performance specialists will be featured in all future advertisements, promotions and activations.

The Karl Kustoms Bristol Dirt Nationals showcased more than 1,200 racers throughout eight racing classes and multiple sanctioning bodies came together for a spectacular week of dirt racing at the half-mile, high-banked oval at Bristol Motor Speedway. Carl Moyer, our Karl Kustoms Owner has called it “The biggest race to happen on dirt, ever.”…and rightly so!

“It is an honor to sponsor an event at Bristol Motor Speedway and to support the grassroots racer,” Carl went on to say. “I’m a long-time racer myself, and at Karl Kustoms, we are committed to working with the local racer, not to mention we eat, sleep and breathe performance at the shop every day.“

“We’re thrilled to welcome Carl and his company, Karl Kustoms, to Bristol Motor Speedway for what is shaping up to be one of the most anticipated weeks of dirt racing,” said Jerry Caldwell, executive vice president and general manager of Bristol Motor Speedway. “The Karl Kustoms Dirt Nationals will feature some of the top names in racing and fans won’t want to miss the exciting action. You haven’t seen anything until you see this event happen on dirt.” said Moyer.

Be sure to keep an eye out for this event in the coming years. Tickets, camping, suites, and event information are available here.

This release originally appeared on BristolMotorSpeedway.com.

Posted in News and Events and tagged races 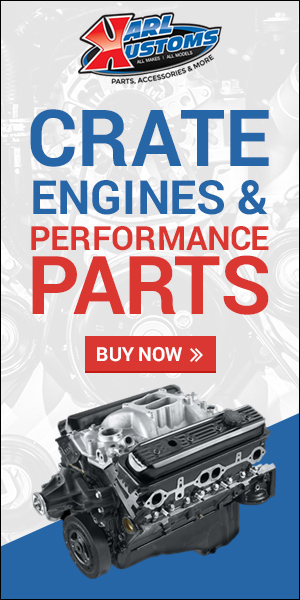